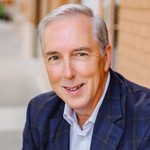 Chairman of the Board

Mr. Pace has served on the Red Robin Board of Directors since August 2019 and was appointed Board Chair in November 2019. He brings more than 30 years of leadership and turnaround experience in the food, beverage and retail industries, among others. Most recently, Mr. Pace has served as Co-Chief Executive Officer of Tastemaker Acquisition Corporation, a special purpose acquisition company focusing on the restaurant, hospitality, and related technology and service sectors, since 2020. From 2016 to 2018, he served as Chief Executive Officer of Jamba Juice, Inc., where he led the brand through a highly successful repositioning and tripled profit performance and ultimately a strategic sale of the company. Prior to that, he served as President of Carrabba’s Italian Grill, from 2014 to 2016, where he oversaw broad operational changes, significant margin improvement and accelerated profit growth. From 2010 to 2014, Mr. Pace served as the Executive Vice President and Chief Resource Officer at Bloomin’ Brands, the $4.1 billon parent company of Outback Steakhouse, where he was responsible for real estate development and human capital deployment across approximately 1,500 restaurants, 100,000 team members and five brands. Earlier in his career, Mr. Pace held various leadership positions at Starbucks Corporation, PepsiCo, and YUM! Brands, Inc., among others. 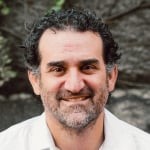 Mr. Ackil has served on the Red Robin Board of Directors since March 2020. He is a restaurant industry executive who currently serves as the CEO of Streetlight Ventures, a retail support platform for small business and real estate brokers, having founded the Company in 2019. He also currently serves on the boards of B.Good, and Project Bread, an organization committed to preventing and ending hunger in Massachusetts. Mr. Ackil previously founded B.Good and served as its CEO from 2004 to 2018. Before joining B.Good, he worked as a consultant for IBM, focusing on internet strategy and corporate structure. Previously, he was a consultant at PricewaterhouseCoopers from 1999 to 2003. Mr. Ackil received a B.A. from Harvard University. 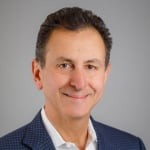 Mr. Conforti has served on the Red Robin Board of Directors since August 2019. He is an accomplished executive with more than 30 years of experience in financial, strategic, and operational roles across multiple industries including restaurant, retail, consumer, and hospitality. He most recently served as a Senior Advisor to Wyndham Worldwide from 2017 to 2018, where he advised on strategic transactions. Prior to that, he served as Executive Vice President and Chief Financial Officer for Wyndham Worldwide from 2009 to 2017, where he had direct responsibility for all finance, technology, real estate, and purchasing functions. During that time, he helped lead successful changes to the company’s capital allocation strategy, and the company delivered a total shareholder return of over 700%. Prior to that, he served as Chief Financial Officer for IHOP / Dinequity from 2002 to 2008, where he led the purchase of Applebee’s and a change in IHOP’s franchising model. Earlier in his career, Mr. Conforti held leadership positions at The Walt Disney Company and KB Home, as well as a number of roles at PepsiCo. 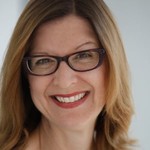 Ms. Dunaway has served on the Red Robin Board of Directors since June 2014. She brings more than 20 years of executive experience in areas including marketing strategy, communications, data analytics, loyalty, digital transformation, and governance. Ms. Dunaway has served as Chief Marketing Officer of Duolingo, a language education platform, since 2018. Since 2017, Ms. Dunaway currently serves as Director of publicly traded Planet Fitness Inc. Prior to Duolingo, Ms. Dunaway was a private consultant supporting organizations with strategic initiatives to accelerate growth and innovation and coached leaders on how to achieve maximum results and impact. She previously served as the U.S. President and Global Chief Marketing Officer of KidZania, an international location-based entertainment concept focused on children's role-playing activities, from 2010 to 2014. From 2007 to 2010, Ms. Dunaway served as Executive Vice President for Nintendo, with oversight of all sales and marketing activities for the company in the United States, Canada, and Latin America. Before joining Nintendo, Ms. Dunaway was Chief Marketing Officer for Yahoo! from 2003 to 2007. Prior to joining Yahoo!, Ms. Dunaway was at Frito-Lay for 13 years in various leadership roles in sales and marketing, including serving as the company's Chief Customer Officer and as Vice President of Kids and Teens Marketing. 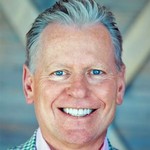 Ms. Holmes has served on the Red Robin Board of Directors since August 2016. She has more than 20 years of experience as a senior human resources executive and experience across multiple industries including retail, technology, and consumer products. Since 2017, Ms. Holmes has served as a Director of 1Life Healthcare, during which time the company has significantly grown its revenues, members, and launched its Initial Public Offering. Ms. Holmes served as an Executive Vice President of Partner Resources (Human Resources) at Starbucks Corporation from 2009 until her retirement in 2013. From 2003 to 2009, Ms. Holmes held a variety of leadership roles with human resources responsibility for Microsoft Corporation. Prior to joining Microsoft, Ms. Holmes served in a variety of industries, including high-tech, energy, pharmaceuticals, and global consumer sales. 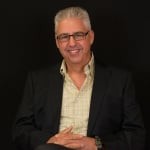 Mr. Lumpkin has served on the Red Robin Board of Directors since August 2016. He brings more than 30 years of experience in the restaurant industry and a strong background in accounting and finance. Mr. Lumpkin currently serves as Principal of Rolling Hills Capital Partners, a consulting firm. Mr. Lumpkin previously served as Executive Vice President, Chief Financial Officer, and director of Applebee's International, Inc., where he held various executive positions from 1995 until his retirement in 2007. Prior to joining Applebee's, he was Executive Vice President and director at Kimberly Quality Care, Inc. Mr. Lumpkin is a CPA. 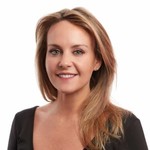 Ms. Page has served on the Red Robin Board of Directors since February 2020. She brings more than 10 years of leadership experience as an entrepreneur in the hospitality industry; launching, building, and commercializing high-growth technology platforms at scale across global restaurant, hotel, and entertainment brands, and extensive knowledge in the areas of technology, guest experience, guest engagement, CRM, marketing, loyalty, data analytics, and consumer trends. She was named one of Hospitality Technology’s 2019 Top Women in Restaurant Technology, and currently sits on the board of the Pillsbury Institute for Hospitality Entrepreneurship at Cornell University. Ms. Page is Co-Founder and President of SevenRooms, a data-driven operations, marketing, and guest engagement platform that empowers hospitality operators to maximize revenue, build brand loyalty, and enable personalized experiences across the guest journey. Since its inception in 2011, Ms. Page has been responsible for driving product innovation, defining the company’s product roadmap, vision and strategic positioning, and scaling the platform to over 250 cities worldwide. Prior to founding SevenRooms, Ms. Page served as an Associate at Hodes Weill & Associates from 2009 to 2011 as a founding member of the independent real estate and advisory business. Ms. Page started her career in investment banking at Credit Suisse. 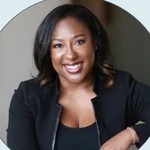 Ms. Varnado currently serves as the GM and Head of the Consumer Business for Kohler Company, a global leader in home products, hospitality destinations, and systems. In this role, Ms. Varnado is directly responsible for consumer channels including Kohler Signature Stores as well as e-commerce sales on kohler.com. She leads a team of 250+ spanning store operations, e-commerce, digital experience, DTC marketing, customer care, and dealer-direct business. Ms. Varnado previously served as Vice President and Head of Strategy & Business Development for both Macy’s Inc. and Williams-Sonoma, Inc., and began her career as a corporate banking analyst with Citigroup. Ms. Varnado also currently serves as Director of publicly-traded Umpqua Bank (NASDAQ: UMPQ) and is a member of the Finance & Capital Committee and Compensation Committee. Ms. Varnado holds a Masters of Business Administration degree from Harvard Business School and a Bachelor of Arts degree from Clark Atlanta University. She volunteers with numerous nonprofit and charitable organizations, including Junior League, Management Leadership for Tomorrow, and HBS Community Partners. In 2018, the San Francisco Business Times named her one of the "Most Influential Women in Bay Area Business." Ms. Varnado has been featured in Forbes, Architectural Digest, and other industry and consumer publications.